This international conference will be focused in the theory of orthogonal polynomials, and more specifically around the topics in which Francisco Marcellán has largely contributed, which include, among others:

The venue for the conference is the charming city of Cádiz, in the southwest Atlantic coast of Spain. Cádiz is one of the oldest cities in Europe, originally founded by the phoenicians, with more than 3000 years of history. With beautiful sunsets over the Caleta beach, amazing monuments, great food and charming people, Cádiz is the perfect place to enjoy a few days of mathematical interaction among colleagues.

The conference is hosted in the old city of Cádiz (“Cai Cai” in local parlance). More specifically, the sessions will take place in the building “Constitución 1812” from the University of Cádiz. You might want to take this into account when booking your accommodation. There are many hotels in the old city, most of them within walking distance from the conference venue. Further details will be given in due course.

We offer 8 grants to cover the accommodation of PhD students and young postdocs in a single room at Colegio Mayor Universidad de Cádiz, which is just next to the conference venue. In order to apply for these grants, please send an email before March 20th to marcellanfest@gmail.com and include as an attachment a letter from your supervisor. These grants do not imply waiving of the registration fee.

Please fill in the form below if you are interested in participating in the conference, letting us know if you would like to present a talk or poster. There is only a limited number of slots for talks, but this information will help us know in advance an estimated number of participants. The deadline for submission of abstracts is March 1st, and acceptance of proposed contributions will be communicated on March 15th. 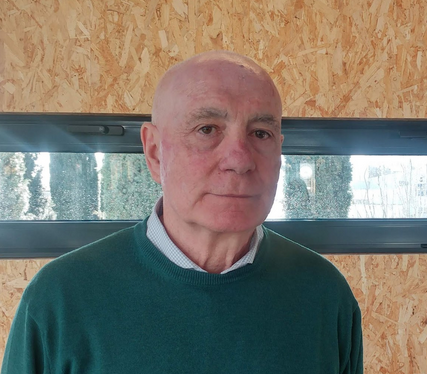 Paco was born in 1951 in Zaragoza, Aragón, Spain, and decided to study Mathematics at the University of Zaragoza, getting his degree in 1973 with an Extraordinary Degree Award as well as the Spanish National Award for students of Mathematics. Three years later we got his PhD in Mathematics from the same University. He decided to stay at the University, and has been professor at the universities of Zaragoza, Santiago de Compostela and Politécnica de Madrid. Since 1991 till now he has been professor of Applied Mathematics at the Universidad Carlos III de Madrid. He also has visited, as a mathematical researcher, the universities Paul Sabatier (Toulouse), Pierre et Marie Curie (Paris), Denis Diderot (Paris), Sciences and Techniques de Lille, as well as visiting professor at the Georgia Institute of Technology, Atlanta, USA and Coimbra, Portugal. He has been a Special Visiting Researcher at the Department of Applied Mathematics of the Universidade Estadual Paulista (UNESP) within the framework of the Ciencia sem Fronteiras program of the Government of Brazil from 2013 to 2015.

His research activity is mainly focused on approximation theory, orthogonal polynomials, special functions and their applications in Mathematical Physics. In these directions he has analyzed structural properties of orthogonal polynomials in relation to different models of orthogonality, combining techniques of matrix analysis, operator theory, classical analysis and harmonic analysis. He also has about three hundred research papers in high impact international journals and has been the editor of more than 20 conference proceedings and is the author of six teaching monographs. Paco has been a member of the Organizing/Scientific Committees of more than 100 mathematical meetings.

He has been the supervisor of 41 PhD students in this area of Applied Mathematics. He has belonged to the editorial committees of, among others, the Journal of Approximation Theory and Electronic Transactions in Numerical Analysis. He is a corresponding academic of the Academies of Exact, Physical and Natural Sciences of Colombia as well as those of Granada and Zaragoza. He has been Program Director (1999-2004) and Chair (2008-2013) of the SIAM Activity Group on Orthogonal Polynomials and Special Functions, He has been First Vice President of the Royal Spanish Mathematical Society (RSME) in the period 2012-2015, the President of the RSME (2015-2022) and also President of the Spanish Committee of Mathematics (CEMat) in the period 2016-2019.

He has held university management positions as Chair of the Engineering and Mathematics Departments, respectively, of the Universidad Carlos III de Madrid as well as Vice-Chancellor for Research at this university (1995-2004). He has been director of ANECA (2004-2006) and Secretary General of Scientific and Technological Policy in the Ministry of Education and Science (2006-2008).

All this activity in Mathematics and in Science requires a big amount of energy, capacity, and compromise, and deserves recognition and the tribute that, in this small fest, we humbly offer to him on the occasion of his retirement.